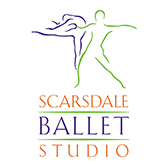 Under the direction of former ballerina, Diana White of the New York City Ballet.

Established in 1992, Scarsdale Ballet Studio is one of the most respected dance schools for classical ballet training in Westchester County and the NY Metro area.  Our professionally accomplished international faculty and staff educates, nurtures and inspires beginner, intermediate and advanced dancers of all ambitions, recreational through professional.

We welcome you to discover the Scarsdale Ballet Studio difference. 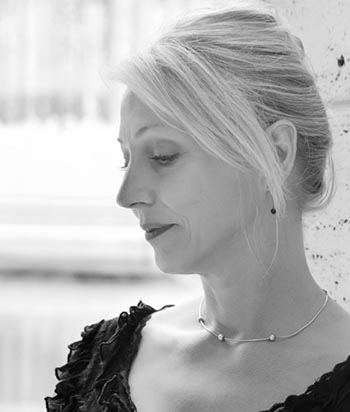 Ms. Diana White was born in Park Ridge, Illinois and began her ballet training with local instructors when she was four years old. At the age of 14, she became a member of the Lyric Opera of Chicago Ballet, then under the direction of Maria Tallchief. There, she was seen by George Balanchine, who awarded her a scholarship to the School of American Ballet. He invited her to join the New York City Ballet one year later.

During her twenty-year career at New York City Ballet she worked closely with Balanchine and Jerome Robbins. Her repertoire included principal roles in works by both masters, including Balanchine’s Apollo, The Four Temperaments, Western Symphony, Serenade, Liebeslieder Walzer, and Jewels, as well as Robbins’ Dances at a Gathering, The Cage, Goldberg Variations, Moves, a ballet in silence which was revived in 1987 especially for her, and many more. The year she was promoted to soloist, Peter Martins created a principal role for her in his ballet The Waltz Project. Ms. White toured internationally with New York City Ballet and as a guest artist with other companies.  She has appeared several times on public television’s Live From Lincoln Center, and Great Performances.

In 1992, while still performing with the New York City Ballet, she co-founded the Scarsdale Ballet Studio with former partner, Christian Claessens. In addition to teaching and coaching, Ms. White has choreographed several ballets for her students including the Carousel Waltz, which was performed at the Westchester Philharmonic’s 20th Anniversary Gala. From 1998 to 2001 and again in 2010 and 2014 she was on the faculty of the Conservatory of Dance at Purchase College. She is a master teacher and judge for the Youth America Grand Prix, a competition which awards scholarships to major international ballet schools, and is also a faculty member of Dance New York International, a summer program in Paris and Madrid directed by Kazuko Hirabayashi. As a repetiteur with the George Balanchine Trust, Ms. White stages his works worldwide. She is the author of a children’s book, Ballerina Dreams, published by Scholastic. 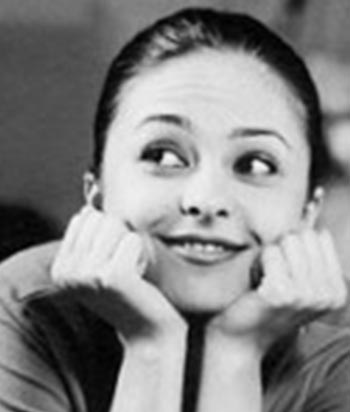 Carmen Banu was selected at a young age from many candidates to study ballet at the National Choreographic Institute in Bucharest, Romania. Upon graduation nine years later, she became a member of the National Opera Company, where she performed in all of the classics including Swan Lake, La Bayadere, and Coppelia. Her most notable roles were as Kitri in Don Quixote and as Giselle in the title role.

Ms. Banu continued her career in television and musical theater performing many dance styles throughout Europe and Asia. As a teacher and coach, Ms. Banu taught ballet in Romanian public schools and eventually became a choreographer for the Romanian National Gymnastics Team. In America she has taught Ballet, Ballroom, Character, Latin and many other styles. In addition to her full time teaching schedule, she coaches award-winning Scarsdale Ballet students in the Youth American Grand Prix ballet competition. 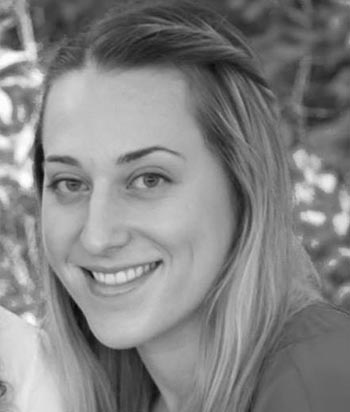 Ms. Kawalek has been a faculty member of Scarsdale Ballet Studio for the last ten years. She began her intensive ballet training here at our Studio under the direction of Diana White. While continuing to perform alongside her Scarsdale Ballet Studio peers, Ms. Kawalek also began to assist in teaching Creative Ballet classes and the Summer Intensive, developing a strong interest in teaching and studio administration. In 2010, she earned a certificate in the Leap ‘N Learn creative dance syllabus, which utilizes child psychology in dance education. In 2014, she became certified in the American Ballet Theatre curriculum for ages 3-10.  Ms. Kawalek also serves as Production Director at the studio and assists in organizing the programs and performances.  Ms. Kawalek holds a BA in History from Fordham University and a Masters in Public Administration from Baruch College. 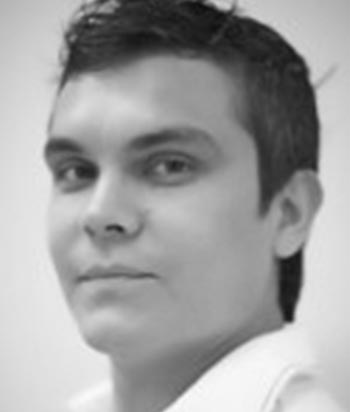 Simon Kazantsev was born in Russia and attended the famous Bolshoi Ballet Academy in Moscow, where he successfully completed his dance training in eight years. Upon graduation, he joined the Stanislavsky Ballet, one of Moscow’s leading companies. He toured internationally with that troupe, dancing solo roles in such classics as Giselle, Swan Lake, La Esmeralda, Le Corsaire, Don Quixote, and the Nutcracker, as well as performing prominent roles in contemporary ballets. At the same time, he attended the Bolshoi Ballet Academy College, where he earned a BA in Pedagogy and Dancing and became an assistant to the late Professor Alexander Bondarenko, who was a leading authority on ballet technique and coach to many principal dancers of the Bolshoi Theater.

In 2003, Mr. Kazantsev came to the United States to join the Boston Ballet. In America, he discovered that his real passion was teaching. He loves to teach at every level, and does so nearly every day at Scarsdale Ballet Studio. He enjoys choreographing and rehearsing dances for Studio performances, as well as occasionally dancing the lead male roles.  He also teaches weekly adult classes in Manhattan. 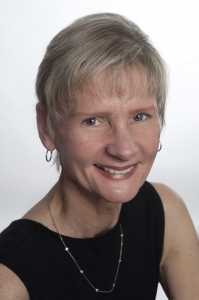 Ms. Kemanis began her ballet training in Oakland, California, where she studied with an affiliate of England’s Royal Academy of Dance. She mastered the RAD syllabus, was elected a member of the RAD, and performed with ballet companies Dancer’s Theatre and Dance Spectrum in the San Francisco Bay Area. Her subsequent training and performance experience in New York encompasses a wide range of modern jazz and contemporary styles. Ms. Kemanis has taught ballet and modern jazz to dancers of all ages and levels and is pleased to return to the Scarsdale Ballet Studio faculty after her recent retirement from the practice of law. She is a published novelist under the name V.S. Kemanis.

Renee Laverdiere trained at The National Academy of Arts and was a scholarship student at the Joffrey School in New York City. She danced under the direction of Edward Villella at the Eglevsky Ballet as well as in the New Jersey Ballet and the New World Ballet. She has been teaching in Manhattan and Westchester for the last 15 years. 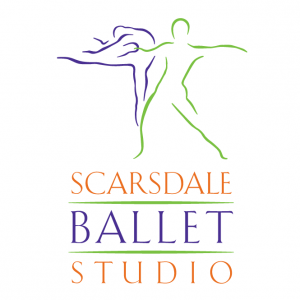 Michele Lisi, Scarsdale Ballet Studio Administrative Director, is the former Company Manager at New York City Ballet and loves a good project to organize (200 person Pacific Rim tour or a new Scarsdale Ballet Studio Nutcracker).  She holds a BFA in Dance from Purchase College and an MFA in Performing Arts Management from Brooklyn College.  Michele spent 12 years working at New York City Ballet including eight leading national and international tours.  After a stint as Family Manager, she is thrilled to have the opportunity to work with Diana and her amazing faculty. 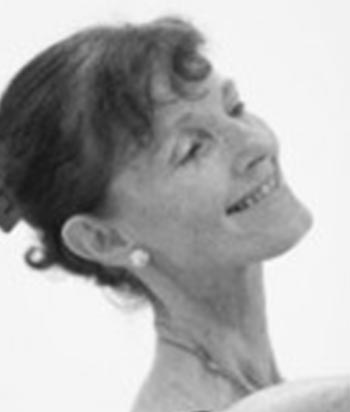 Maria Posey, Master Teacher of Creative Ballet, was a member of the corps de ballet at Radio City Music Hall, the Kansas City Opera and the Philadelphia Opera. She holds a Bachelor’s Degree in English and Education and a Master’s Degree in Counseling and Development. She has taught at the Studio since 1992. 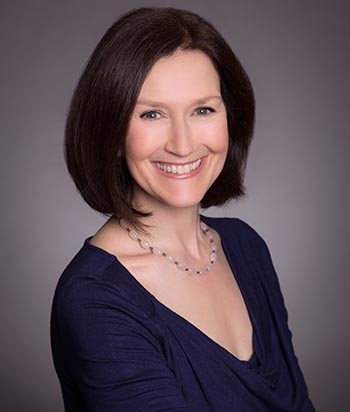 Rosemary Saur started dancing at the age of 7 and was accepted into the Conservatory Bush Davies School by the age of 11, where she studied under the guidance of Noreen Bush.  Her professional experience took her to Tel Aviv, Israel, where Ms. Saur performed with the Israeli Classical Ballet and later with the renowned modern company, Bat Dor.  After returning to England she completed a teaching diploma at the Imperial Society of Teachers of Dancing in Bedford, before accepting a teaching position in Mainz, Germany.  She also performed as a dancer at the Mainz State Theater.  In 2010 Ms. Saur completed the Professional Dancer’s Teaching Diploma (P.D.T.D.) at the Royal Academy of Dance in London, England. She has been teaching at Scardale Ballet Studio since 2008. 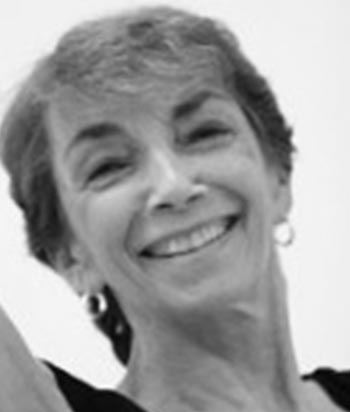 Fronda Sobel was a member of the Metropolitan Opera Ballet. She also appeared with the Bolshoi Ballet, the Royal Ballet and on the television series Omnibus under choreographer Agnes De Mille. She has choreographed ten musicals and has extensive experience teaching all levels of jazz and ballet in Westchester. 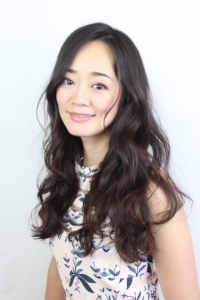 Yana Volkova was born in Russia and began her studies of the Vaganova Ballet Method at the Professional Academy of Ballet in Voronezh, Russia.  She graduated with honors from the State Ballet Academy and was invited to work in one of Moscow’s leading companies, and perform as a soloist. At the same time, she attended the most famed University of Theatrical Arts-Moscow (GITIS), where she earned a B.A. in Choreography and Character Dance while studying with Lev Golovanov (Professor of Dance and Choreographer Assistant at the Moiseev Company).

In 1996, Yana was a principal dancer with Moscow Ballet in Riverdance the Show. After four years of intense touring in England, Europe, Canada, and America the show took over the Gershwin Theatre on Broadway. In 2005 Yana Volkova joined the Metropolitan Opera, where she currently works. After many years of being a professional dancer, in 2007 Yana started to teach and since then has been instructing classes in ballet, pointe, stretching and character for schools in the United States. Her class format emphasizes correct development of both the technical and artistic elements of classical ballet and is a clear reflection of her pure traditional training.  For the last several years, Yana Volkova has been working as Artistic Director of the Bolshoi Ballet Academy Summer Intensive in NYC.  She also participates in the Ballet Ambassador Public School Educational Program, which brings education in dance to public schools in the New York area. 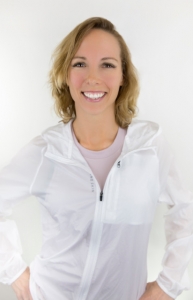 Anna has performed with the Ballet Theater of Boston in Jose Mateo’s junior apprenticeship company and with the Granite State Ballet in New Hampshire.  Anna has attended summer programs at both the Burklyn Theater in Vermont and at Boston Ballet’s Summer Dance Program.

Anna has been teaching ballet, pointe and creative movement since 2002 at multiple dance studios and after school clubs throughout Westchester County and the Bronx.

Ellen Shea trained at the School of American Ballet for six years and performed numerous children’s roles with the New York City Ballet. At age 15, Jean-Pierre Bonnefoux awarded her full scholarship to the Chautauqua Institute, where she danced lead roles with the Chautauqua Festival Ballet. She also performed with the Ballet Theatre of Boston while completing her undergraduate and graduate Architecture degrees at MIT.

In 2005 Ms. Shea joined the faculty at the Scarsdale Ballet Studio. For Scarsdale Ballet Studio’s Concertdance she staged Chopiniana (2010) and created new choreography for Swan Lake (2011). In her classroom, Ms. Shea draws on her knowledge of the visual arts, design and physics to teach the mechanics of classical ballet technique and to develop musical and artistic awareness in young dancers.

“I cannot imagine that with her past experience, that you will find better training
or performance experience for your children than what Diana has to offer.”

“Our daughter loves this place.  The administration and teachers are
very responsive.”

“So far this was our little one’s second year there and she loves it.  The
teachers are wonderful. She has learned many techniques so far.”

“So happy with everything that is Scarsdale Ballet…both my girls
are thriving under the direction of the wonderful teachers.”

“Been taking adult classes here for the last 7 years.  Love it,
learning so much, and always coming back for more!”

Please enter your information below and we will send you a FREE Trial Ballet Class Voucher as our gift.